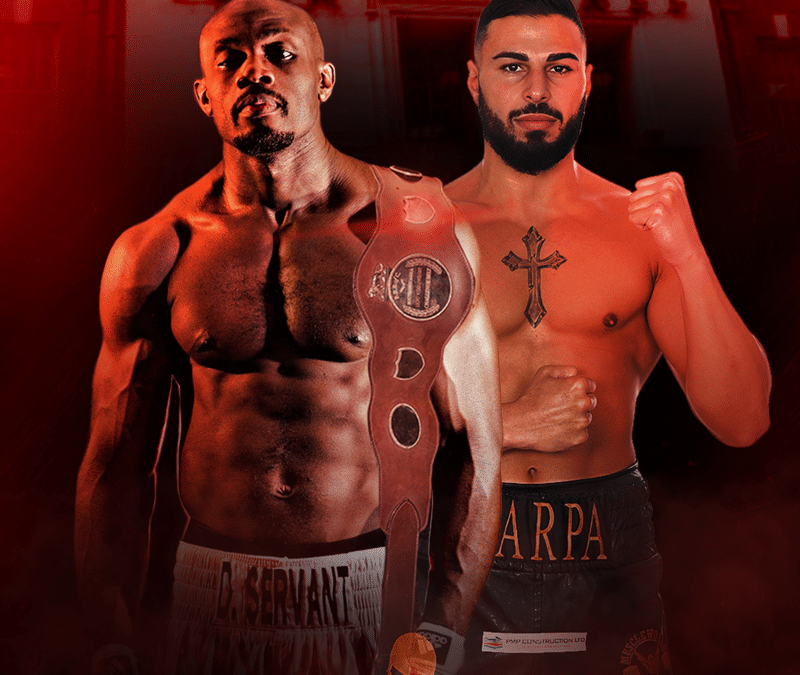 Daniel Mendes makes the first defence of his newly acquired Southern Area belt when he takes on “Nightmare” Nick Parpa who has won 8 from 9. This intriguing match up has the potential to be one of the fights of the year.

Curtis “The Cat” Felix (9-0) takes on top contender Connor Vian (9-1-1) in an eliminator for the English Welterweight title. This intriguing 50-50 match up is one not to miss.

One of the countries leading Lightweight prospects 22 year old “Super” Youssef Khoumari (8-0) takes on the tough Des Newton (7-6) in a six round contest.

In a battle of the undefeated Bradley Spencer (3-0) takes on Robbie Chapman (4-0) at Super-Middleweight.

Former Southern Area Champion Liam Shinkwin makes a long awaited return to the ring under the tutelage of Tony Pill. Liam is aiming to get back straight into title contention in the next six months.

Angelo Bevilaqua (4-1) is a man on a mission and he has a 6 rounder just waiting confirmation on the opponent.

“Slick” Ricky Heavens has lost only 1 of 9 contests against Duane Green and he has his chance of revenge before moving closer to title contention. It is win or bust for Ricky. A loss will see him with nowhere to go.

Heavyweights always cause excitement and we will be witnessing the debut of “Big” Sheikh Waziri. Sheikh boxes out of IQ Boxing in Neasden and takes on the ultra-tough Phil Williams who is coming off a win last time.

Another leading prospect is 20-year-old Super-Middleweight William Webber (5-1). He takes on International opposition in Michal Gazdik.

Super-Welterweight Tony “TNT” Bange” (7-0) is making great strides since moving to the IQ Boxing team and looks to further enhance his potential when he takes on Sergio Giulietta.

Another debutant is Middleweight Neon Samuels who takes on Ziggy Butvekius.

All action Keiran Leinster (2-0) has his third professional contest at Super-Welterweight taking on Victor Edagha.

Ryan Copland (1-0) has his first bout since signing with the Goodwin team. Ryan will be aiming to make a big statement when he takes on Kevin Macauley.

Plus much much more