Williams Article in the Essex Chronicle 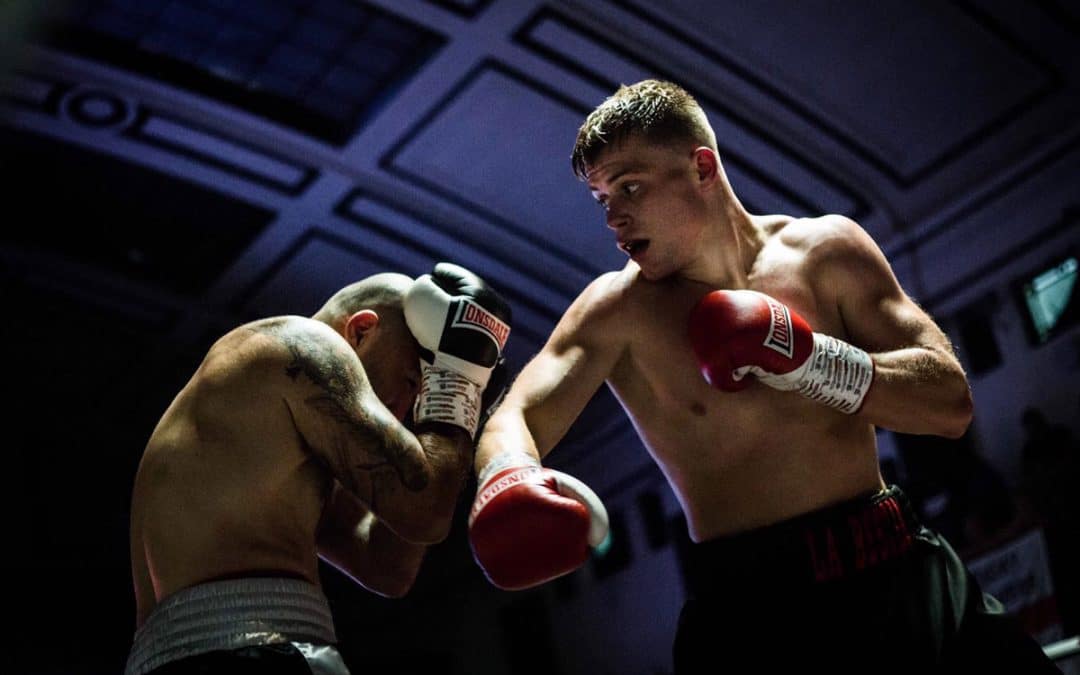 UP AND COMING Leaden Roding boxer William Webber has won his seventh professional fight after overcoming tough Slovakian opponent Michal Gazdik 40-37 in the ‘Fists Of Fury’ show at the York Hall, Bethnal Green.

Gazdik’s record going into this bout was seven bouts and four, with three of those by knockout, but that didn’t deter Webber, who turned in an excellent display.

Back in March the talented super middleweight picked up the first knockout win of his career, taking just three rounds to dispatch of Ivo Krastev and he took the step up in class against Gazdik in his stride.

“York Hall is becoming a second home to me now,” said Webber, who has now picked up five impressive wins in a row at the venue.

“I’ve been so lucky with the local support that has followed me to the venue every time.” Trained by his dad and coach Paul Day, Webber added: “I put the pressure on myself to perform at my best every time I box.

“I’m a fan of boxing as well as a boxer, I know what fans want to see when they come out. I’m give them that as I work towards titles.

“Webber turned professional in July 2017 and is promoted by Goodwin Boxing under Steve Goodwin, who was pleased with his boxer’s performance,

“William put on a mature display of boxing and fighting despite still being only 20 years old,” he said.