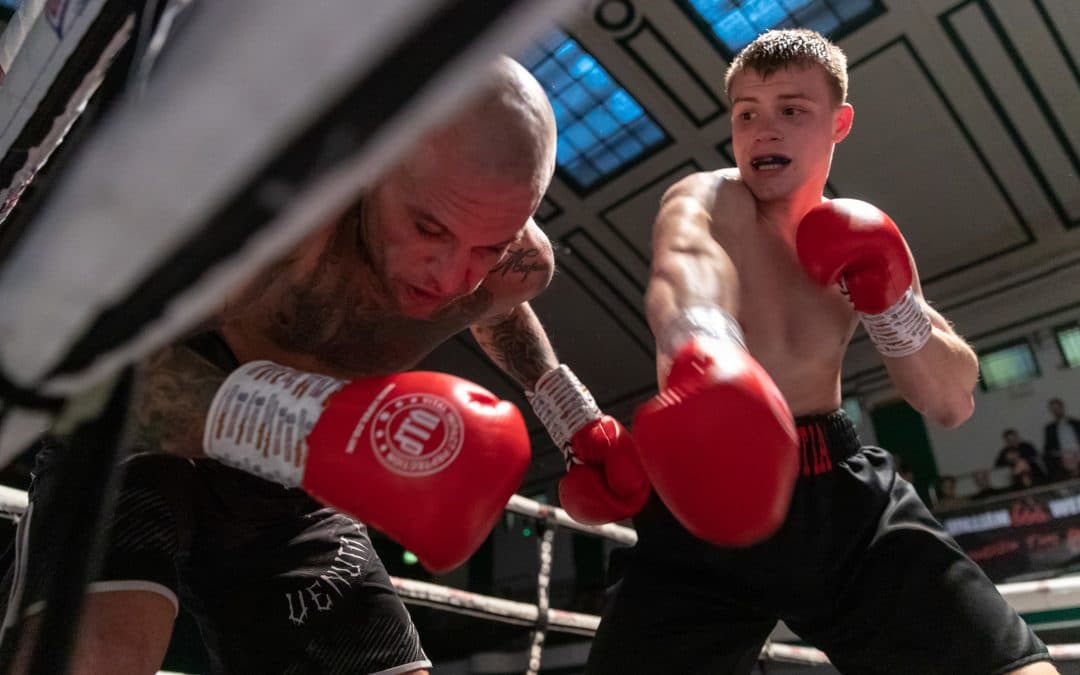 William Webber continues his assault upon the boxing ranks this weekend as the 20-year-old takes to the ring for the seventh time as a professional in London.

It was only back in March of this year that the talented super middleweight from Dunmow, Essex picked up the first knockout win of his career.  It only took him three rounds to dispatch of Ivo Krastev and on Saturday night he takes a step up in class when he takes on Slovakia’s Michal Gazdik.

“York Hall is becoming a second home to me now,” said Webber, who has picked up four impressive wins in a row at the venue.  “I’ve been so lucky with the local support that has followed me to the venue every time and I cannot wait to put on a performance once again this Saturday night.”

Webber’s fight takes place on a Goodwin Boxing show that is headlined by two outstanding fights; a Southern Area cruiserweight title fight between Daniel Mendes and Nick Parpa, as well as an English title eliminator at welterweight between Curtis Felix Jr and Connor Vian.

Trained by his dad & coach Paul Day, it is Webber who is looking to take the headlines on Saturday night under the bright London lights.  As he puts it himself “I put the pressure on myself to perform at my best every time I box.  I’m a fan of boxing as well as a boxer, I know what fans want to see when they come out.  I’m going to give them that again as I work towards titles.”

Powerful, dynamic and skilled, Webber brings excitement every time he walks to the ring and on Saturday night at York Hall we get to see once again why one of boxing’s most exciting prospects is grabbing headlines with both gloves.